The Center for Internet Security (CIS) controls are a set of best practices aligned with the defense in depth (DiD) strategy, which helps organizations against different threat vectors and common attacks against networks and systems. CIS controls map different security frameworks such as NIST Cybersecurity Framework, HIPPA, and PCI DSS. 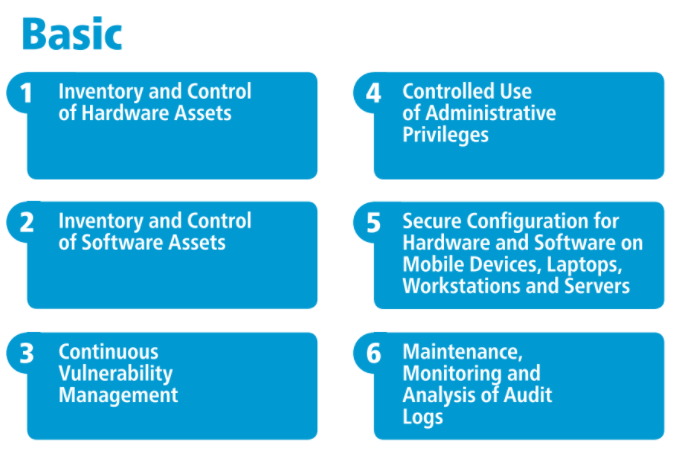 Adversaries are always scanning the target organization’s perimeter, looking for loopholes and vulnerabilities that can be exploited. A single system that is not well protected and lacks system updates or patches is likely to be compromised. Attackers then compromise this system and pivot across the whole network, compromising systems and ultimately the entire network. Devices used for testing and demonstration purposes should be adequately isolated to prevent malicious attacks on the web. While executing system backups, incident responses, and recovery, the management of assets and inventory plays a vital role.

Adversaries are always on the lookout for vulnerable software versions that they can exploit. Attackers distribute malicious software, webpages, media files via different means such as phishing, clickjacking, and social engineering techniques. The victim is compromised when they click the malicious link or install unverified software, giving the adversary remote access to their machine. Once a vulnerable software is compromised, the attacker then uses that machine to get initial access to the system or network, propagating the virus or malware throughout the organization.

New information acquired should be assessed to identify new vulnerabilities, and techniques should be in place to mitigate adversaries’ risks by limiting their window of opportunity.

Organizations that do not identify vulnerabilities and proactively take steps to mitigate risks increase their chances of being exploited by threat actors. Cyber defenders are constantly challenged to put the proper defenses in an organization.

The configuration of administrative privileges on systems, networks, and applications should be tracked through tools and processes to control and prevent admin access exploitation.

Exploiting administrative privileges is a widespread way used by adversaries to attack and pivot inside an enterprise. An adversary tricks a user inside an organization into clicking or downloading a malicious link or file via phishing or social engineering. The attacker, thus, gets initial access to the system and uses techniques to elevate his privileges to target an administrator account. The adversary is now able to make a malicious change in the entire network, compromising multiple systems. 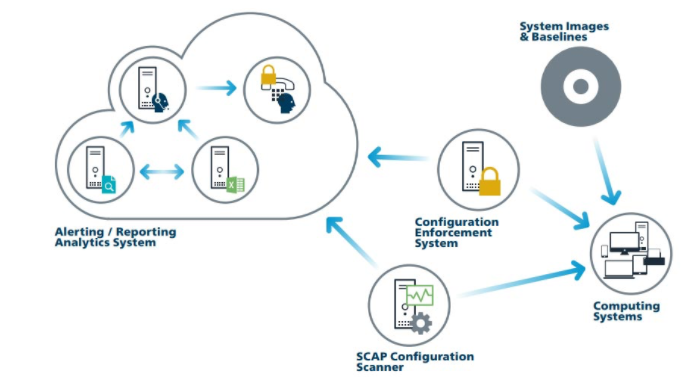 Collecting, managing, and analyzing the audit logs helps detect, understand and recover from threats or attacks imposed by attackers.

The inability to analyze logs efficiently enables adversaries to control a system or network without being detected. Backdoors, viruses, rootkits, and malware remain active and hidden on a victim system for long periods in organizations that only keep logs for compliance purposes and seldom use them for detecting adversarial movements.

One can minimize attackers’ opportunities to exploit human behavior while interacting with email systems and web browsers.

Email clients and web browsers serve as a prevalent point of attack due to their architecture complexity, direct interaction with users, systems, and other websites. An everyday user could be enticed to access content that introduces malware. This can compromise valuable data or may lead to overall compromising of the system or application.

Controlling and limiting malware execution at different points in the organization by optimizing automation enables one to update their defense quickly, collect relevant data and take corrective action.

Malicious softwares infect and compromise systems, networks, and applications. They constantly evolve and become more sophisticated; modern malware can evade and disable defense mechanisms applied to a network or its systems.

Cyber defenders must employ such malware defenses that use automation to detect and respond to such threats rapidly.

Management of operational ports, protocols, and services on network devices minimizes the window of opportunity for attackers to exploit them.

The control includes the tools and techniques to back up critical data and recover it quickly and correctly.

When attackers compromise networks or systems, they make significant changes in the configurations or softwares. An organization’s operational effectiveness is significantly decreased due to unnecessary changes and additional configurations. Once the breach is detected, appropriate techniques must be enforced to recover data and resume normal operations.

CIS Control 11: Secure Configuration for Network Devices, such as Firewalls, Routers, and Switches

Default configurations on various devices are focused on ease of access, deployment, and use. Use of open ports to run services, default usernames and passwords, support for older versions of softwares and protocols, etc., make a network an easy target for adversaries. Management of secure configuration is a continuous process that needs active monitoring of traffic flow and constant re-evaluation of the configuration. Attackers target poorly configured firewall rule sets, routers, and switches. They use these loopholes to penetrate a network or system’s defenses to exploit vulnerable network devices actively. 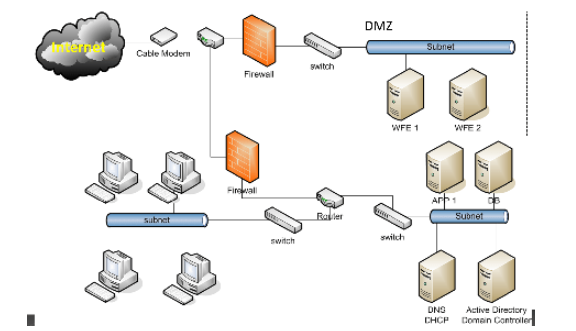 This control refers to the detection, prevention, and correction of traffic/information transferred across different trust zones of the network.

Adversaries are always on the lookout for opportunities to exploit systems that are accessible over the internet. This includes systems not only in the DMZ but also in workstations that exchange data on the internet via network boundaries. Organized crime groups and nation-state threat actors use architectural and configuration weaknesses to gain initial access into the organization. Adversaries then pivot across the network to inflict more damage to the organization.

Tools and processes need to be used to prevent data exfiltration. Ensure privacy and integrity of sensitive data.

CIS Control 14: Controlled Access Based on the Need to Know

Proper access control tools and processes are used to track, control, prevent and secure access to critical assets, strictly classifying users who are permitted to access and use critical and sensitive assets or data.

Encrypting data assures that if data is compromised, it is more difficult for an adversary to reveal the data unless a corresponding key to the decryption algorithm is used. The loss of control over sensitive data is a severe threat to an organization’s reputation and business operations. Adopting different encryption techniques for data on rest or in transit, data leak prevention, and access control helps prevent exposure of sensitive data to adversaries or the public.

Actively monitor and manage the life cycle of application and system accounts, their time of creation, use, deletion, and idle time, to minimize attackers’ opportunities to exploit them.

Adversaries find and target user accounts that have been dormant for a long time and use these accounts to carry out malicious activities. Malicious insiders can gain access to accounts that are left unused for an extended period.

Organizations have to identify the specific knowledge, skills, and abilities needed to deploy defenses in the organization, identify gaps, and apply remediation steps and awareness programs to keep in mind the organizational goals and objectives.

People are the weakest link in cybersecurity, and adversaries are very well aware of this. Organizations that do not educate their employees regarding new cybersecurity threats are actively exploited by adversaries using social engineering and phishing. Educating people with good cyber defense practices can lower the chance of getting exploited using human behavior.

This control is about managing the security life cycle of all the softwares and applications used for the detection and prevention of security weaknesses.

Web-based applications and software programs are prone to attacks. Vulnerabilities come about in softwares due to coding errors, logical errors, etc. These vulnerabilities lead to sensitive data exposure, manipulation of configuration changes, etc.

Organizations should test their network and system defense by conducting steps of penetration testing and vulnerability assessment.

Adversaries always try to exploit security loopholes in an organization. In complex business environments where technologies and cyber threats are constantly evolving, organizations should test their defenses to identify security gaps and implement appropriate mitigation steps.

What is Helmet.js & Why it is a Security Best Practice For Express.js

Fixing the Most Common Security Vulnerabilities in PHP Powered Websites